Enrollment is open for patients with intrahepatic cholangiocarcinoma and hepatocarcinoma at Croix-Rousse Hospital in Lyon and at Saint Joseph Hospital in Paris. 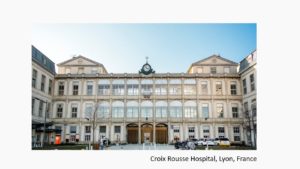 Marseille, France, May 22, 2018 — Genoscience Pharma announces today the extension to France of its first-in-human Phase 1b/2a clinical study using the oral small molecule GNS561 in advanced liver cancers (cholangiocarcinoma and hepatocellular carcinoma). GNS561 received an IND for a two-year international clinical trial involving up to 50 patients with liver cancer. It is small molecule, administered orally, with a new mechanism of action which works primarily by dysregulating zinc homeostasis in cancer cells and by inducing cancer cell death. 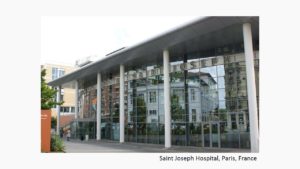 This international Phase 1/2a study, which began in April 2018 at the Jules Bordet Institute in Brussels, Belgium, will be performed in several European countries and the United States. It will evaluate the safety, activity, pharmacokinetic and pharmacodynamic properties of escalating doses of GNS561. Professor Ghassan Abu Alfa of Memorial Sloan Kettering in New York is co-principal investigator in the United States. Professor Ahmad Awada, head of the Department of Medical Oncology at the Jules Bordet Institute is the lead investigator in Belgium.

“This approval from the French regulatory authorities (ANSM) for our clinical program represents a paradigm shift for our company. It expands our international clinical capacity and offers the opportunity to investigate GNS561’s potential for patients in France,” said Professor Philippe Halfon, president and CEO of Genoscience Pharma.

“We are pleased that our clinical program was quickly approved by the regulatory authorities in Belgium and France and by the institutional review boards and ethics committees in both countries. The first cohort of patients having been initiated in Belgium, we are now excited to continue our international evaluation of GNS561 by opening new centers in France. The enrollment and treatment of patients with advanced cholangiocarcinoma represents a new milestone for Genoscience Pharma,” said Professor Eric Raymond, chief medical officer.

“We are excited to be enrolling our first patient with GNS561. The mechanism of action of this novel anticancer agent offers great promise. We are hopeful that GNS561 will prove to be a significant and effective weapon against liver cancer, specifically for patients with cholangiocarcinoma for whom there are limited options beyond gemcitabine-platinum based therapy,” said Professor Philippe Merle, principal investigator.